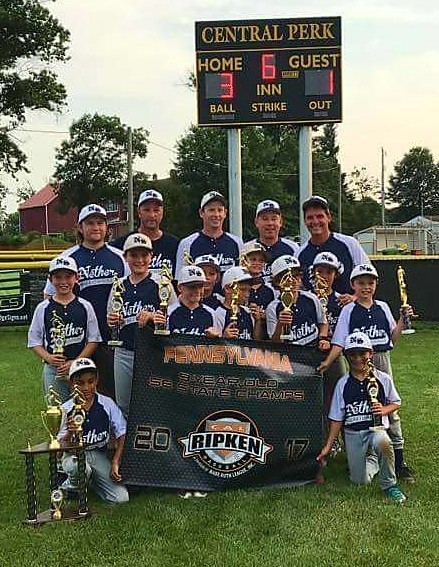 Congratulations to the U9 tournament team for capturing the 2017 Southeast PA State Championship with a 3-1 win over Doylestown.  This is the first state title for a team from Nether Swarthmore.

The team advanced to the Mid-Atlantic Regional Tournament which consisted of 10 teams from NY, NJ, DE, PA, and MD.  The U9s went 3-1 in pool play to qualify for the quarterfinals.  Their historic season came to an end in the quarterfinals with a loss to host Daniel Boone.

In addition to winning the state title they won their 2nd straight District 9 championship with a 10-0 win over BYC.